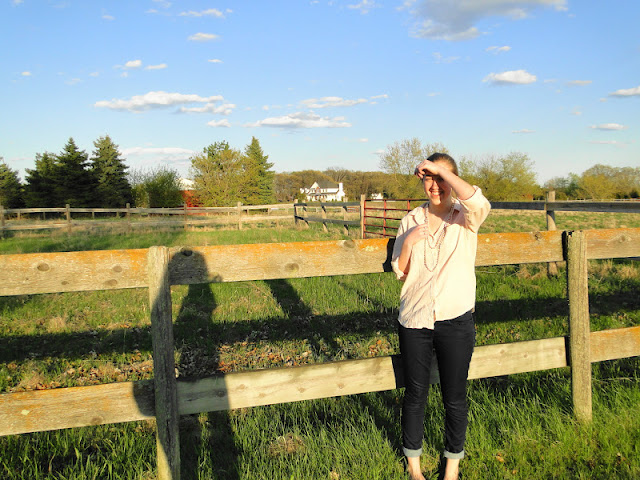 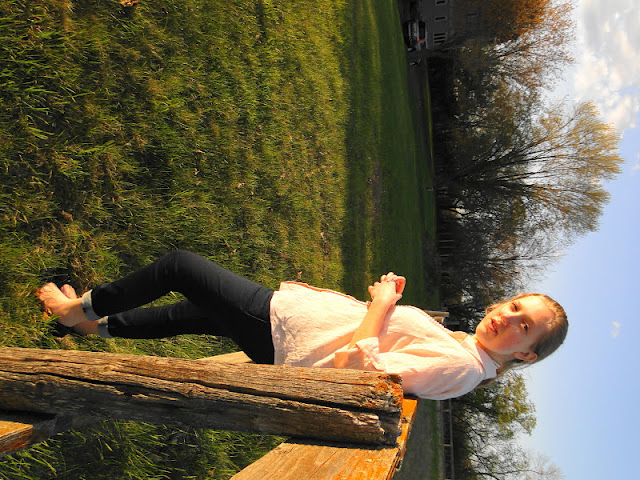 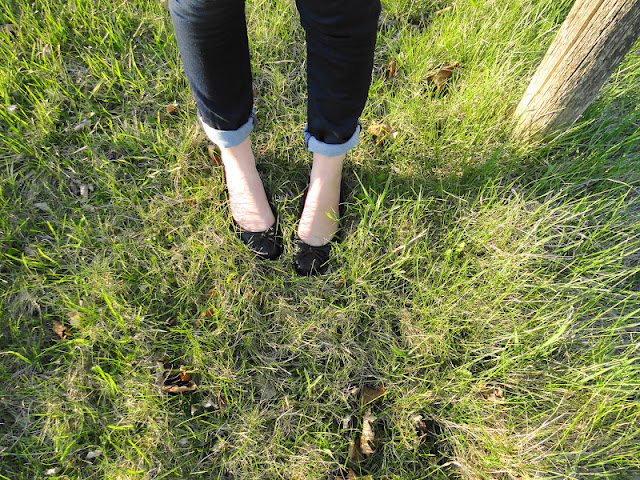 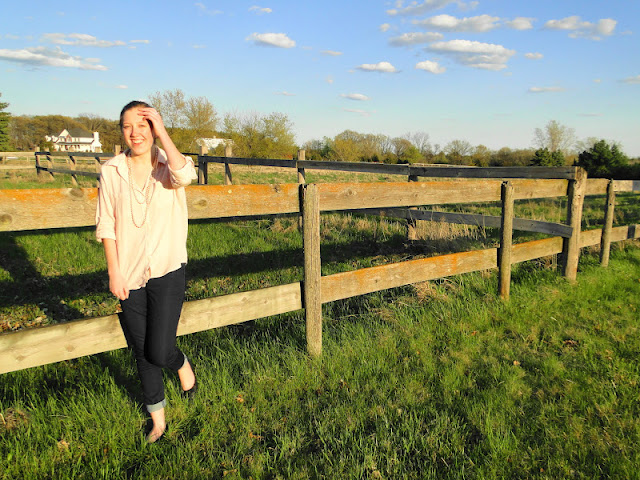 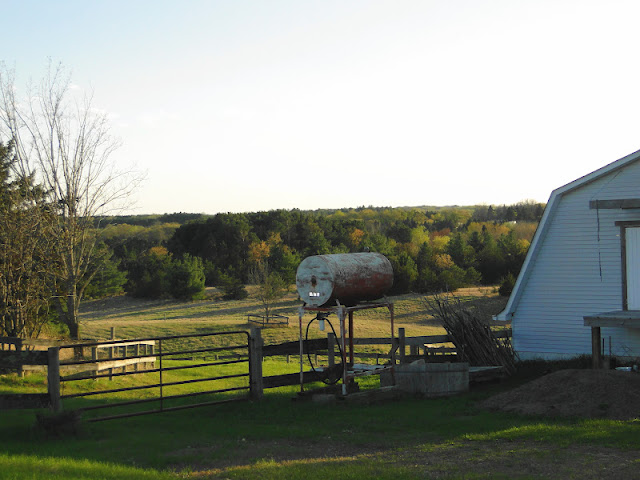 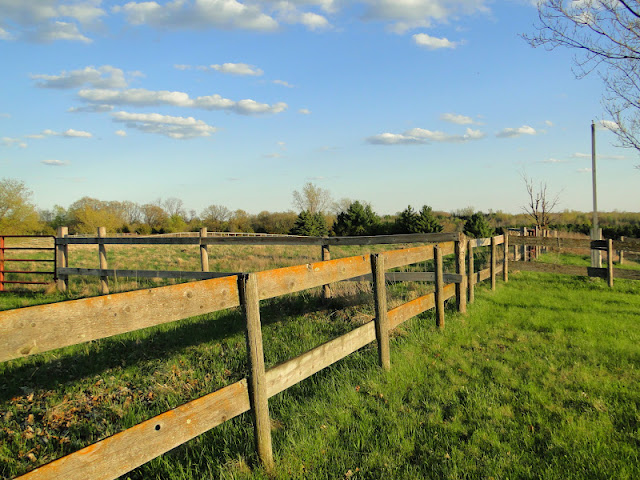 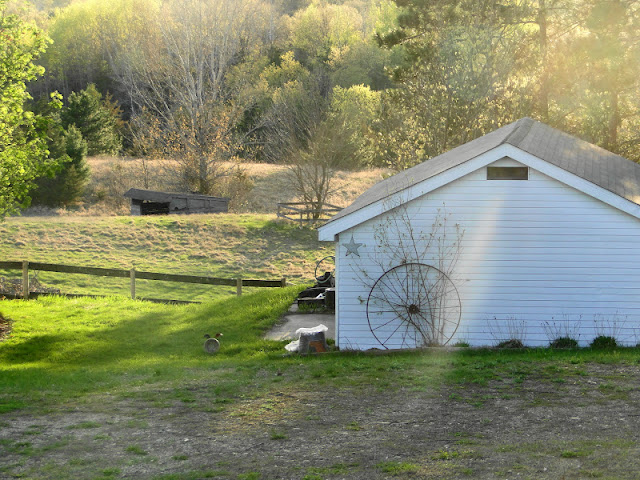 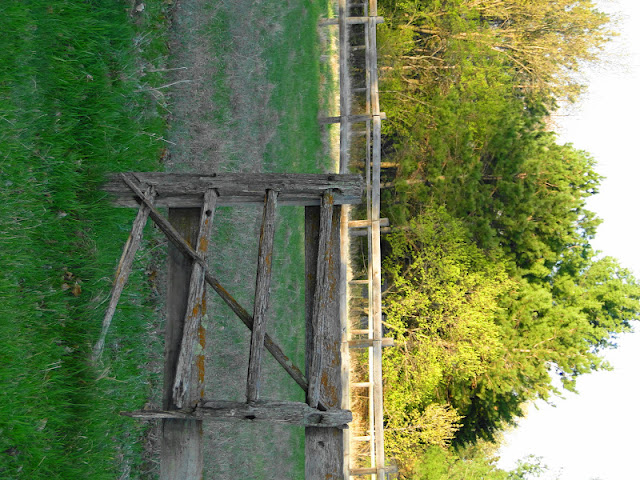 Loft button down; Vintage necklace; Gap jeans; Banana Republic flats
As my time at home draws to a close, I decided to take advantage of the lovely scenery an Easter Sunday spent at my uncle's house affords and made Natalie take a few photos of me - and while those didn't turn out too hot, I think the scenery shots I snapped afterward are quite pretty.
It's been a restful time at home, I've watched some TV, played some piano, done a little shoe shopping... and I love seeing my family, if only for a few days. Now we're sitting down to a little television and homemade popcorn (the amount of food I eat at home is borderline but actually really ridiculous). Hope you all had a lovely weekend!

This is an apology post, as it's been over a week since I last put something up on the blog. If it makes a difference, I've had my reasons - I was sick all last weekend, culminating in my visit to the always-lovely Student Health Center on Monday, where I was tested for mono and strep (considering how much better I'm feeling now, I'm going to say they're negative, but it was pretty bad there for awhile).
Dressing well wasn't exactly happening, as me getting out of bed was a task in itself. It was skinny jeans and a tshirt for a few days, but now that I'm home I plan to start being a real person and putting thought into what I wear again! But just to remind you all that I still exist, here are a few photos from when Nicole and I had our roommate date to the ballet last Friday: 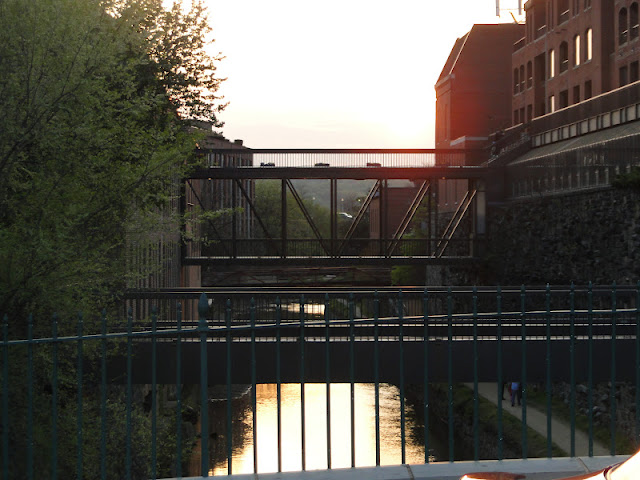 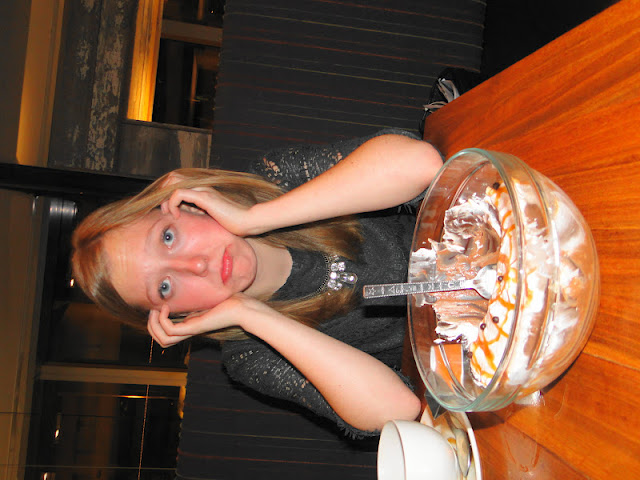 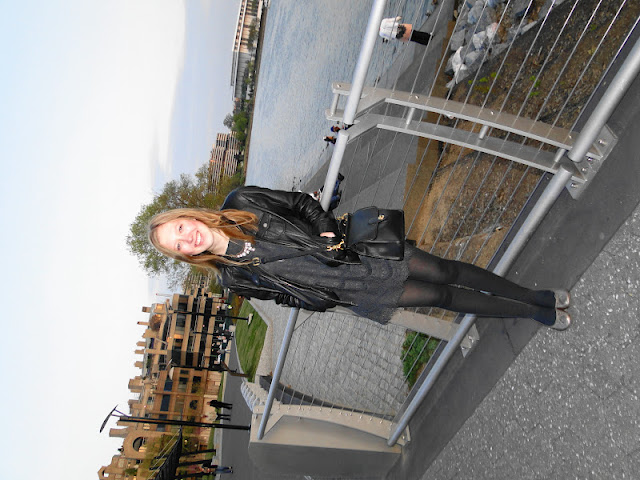 Guess leather jacket; Zara dress; Forever 21 necklace; Coach bag; Old Navy flats
Sorry that you've already seen this outfit before, in light of my sickness I was in bed until right about 5 minutes before we left, then put on the first nice outfit I could think of (pet peeve: people who don't dress nicely for the theater, it's the worst right?)
We started with an extra-classy dinner at Chipotle (we were feeling like tacos, no judgement), then walked down the waterfront to the Kennedy Center where we saw a beautiful production of Snow White - with costumes designed by Jean Paul Gaultier, so basically it was magical! Then we walked down to Founding Farmers, a really cool restaurant near George Washington University, and got a late dessert with their "Mousse Bowl for Two." And by two, they meant approximately four (see photo of me looking defeated with the half-eaten bowl).
The only sad part was that I was sick and couldn't stay up to watch a full movie afterward, but otherwise it was a lovely evening with my even-lovelier roommate :)
Hope you're all having a great week, I'm glad to be back! 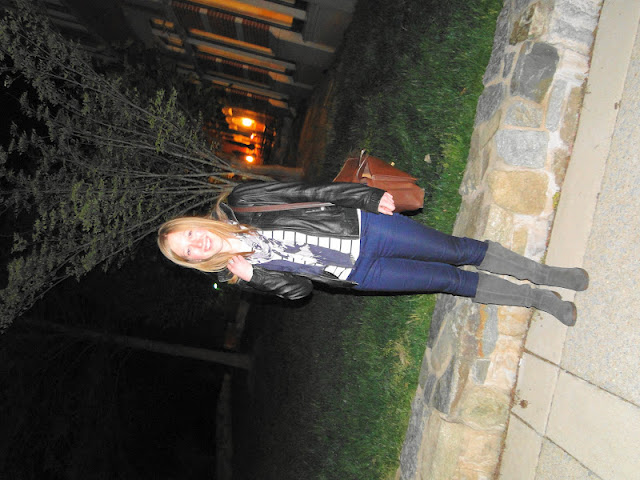 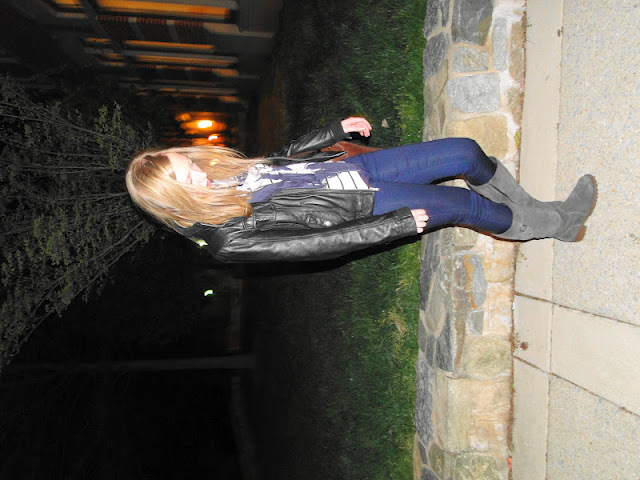 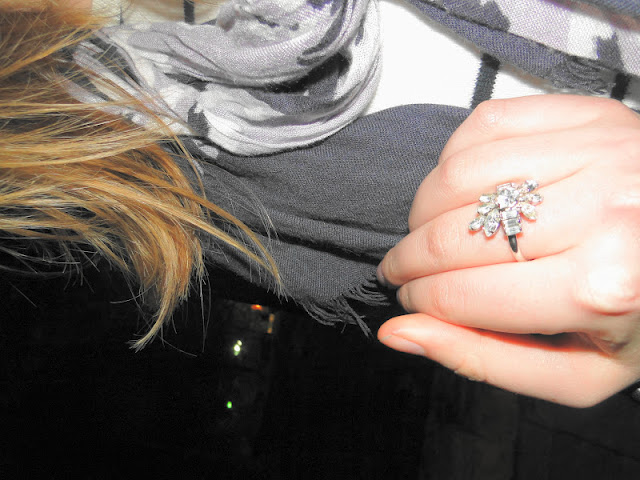 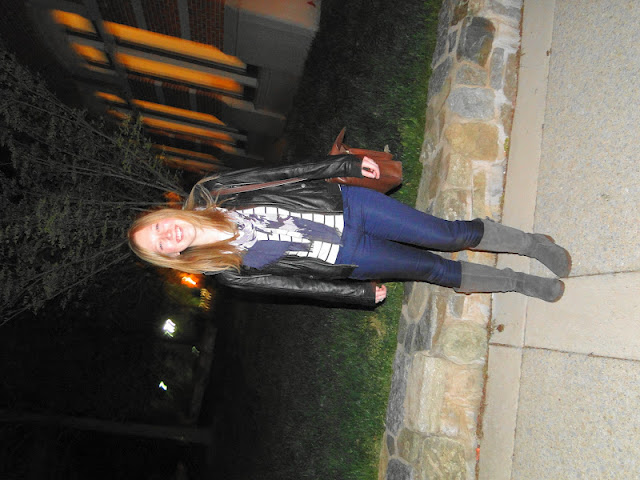 Guess jacket; Banana Republic scarf and sweater; Gap jeans; Target boots; Coach bookbag; Vintage ring
So, apparently it's not spring. The weather last week? Just a cruel joke to make us all thing that it would be summer soon, when really, it's not. At all. Today, it was boots, jacket, and scarf weather. Is that not what I wanted? Maybe. But now that I have it back again, I'm missing my sunny, napping-on-the-lawn weather.
Wow. Nicole and I are watching Gilmore Girls right now and I really can't focus. So, I guess that's it? Good night all.

the end of hats 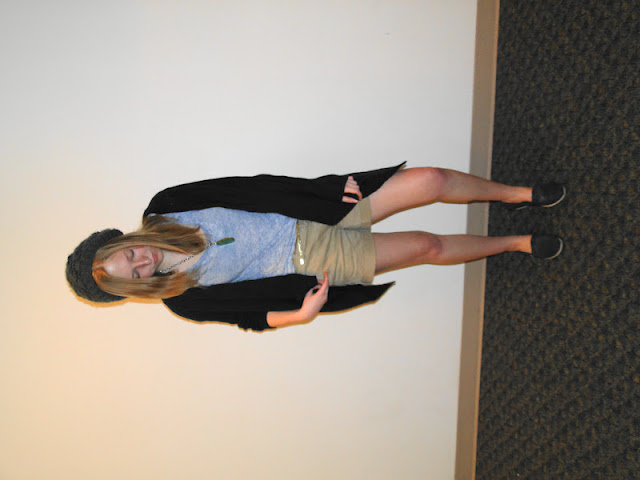 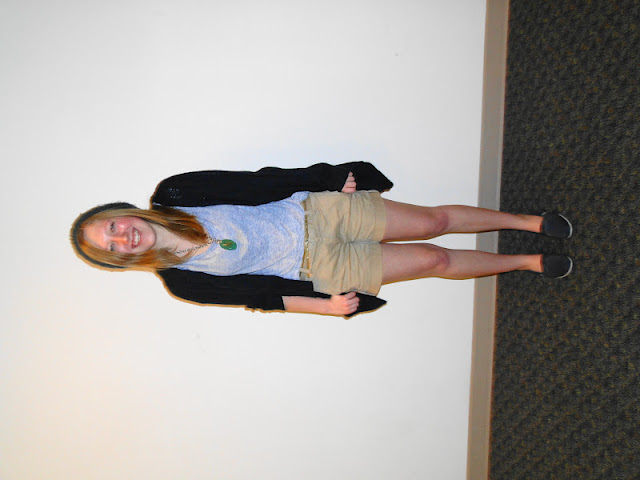 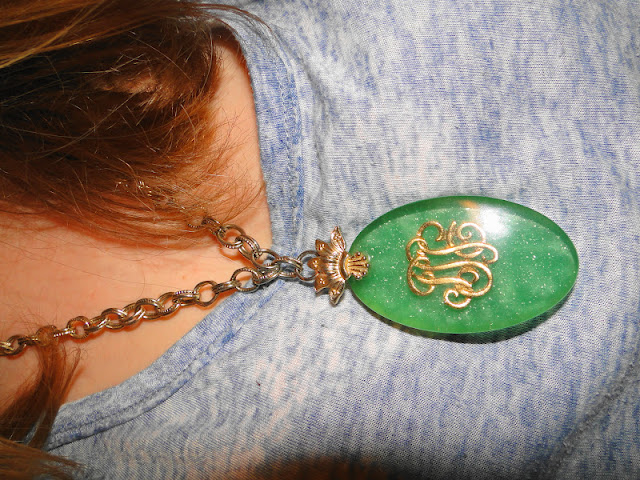 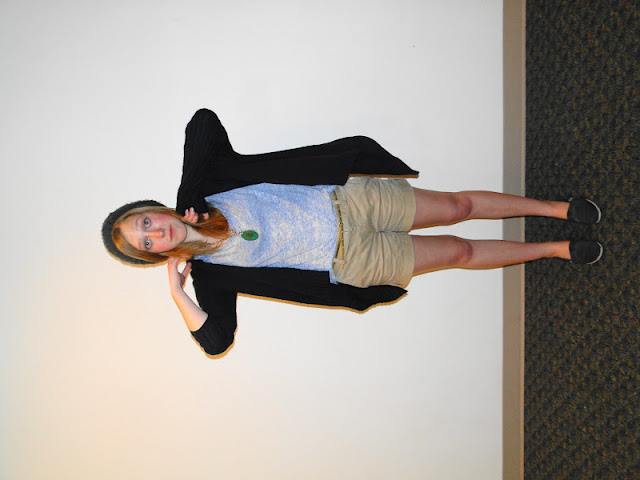 Romeo and Juliet Couture cardigan; Zara tshirt; Vintage necklace; J. Crew belt; Banana Republic shorts; Toms
With the weather getting warmer every day, how much longer will I be able to wear my sweaters, my variuos copious pairs of boots, or my oversized sweaters? It is a serious concern. You see, to be honest, when I can't layer (as so often happens in the summertime), I just don't know what to wear! Without the cardigan and floppy hat, what is this outfit? A t-shirt and shorts. That's it.  And where's the fun in that?
So yeah. I'm really tired and can't think of anything else to write about. Went to the midnight premier of The Hunger Games last night, got into bed around 4 am, then got up at 8:30 for 3 or so hours of classes... It's been a rough morning. So on that note, I'm done! Have a lovely weekend all :) 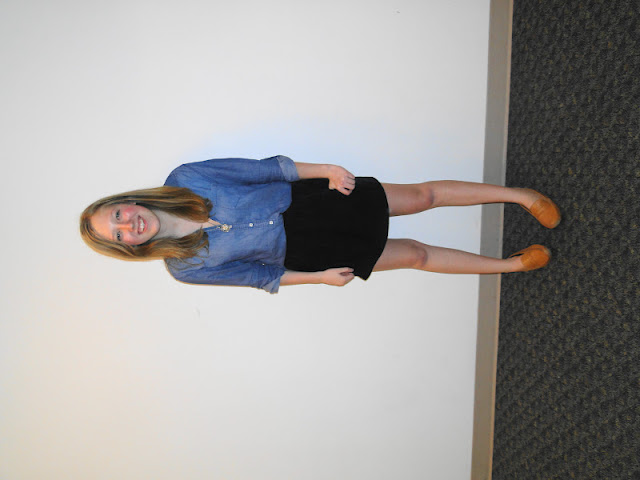 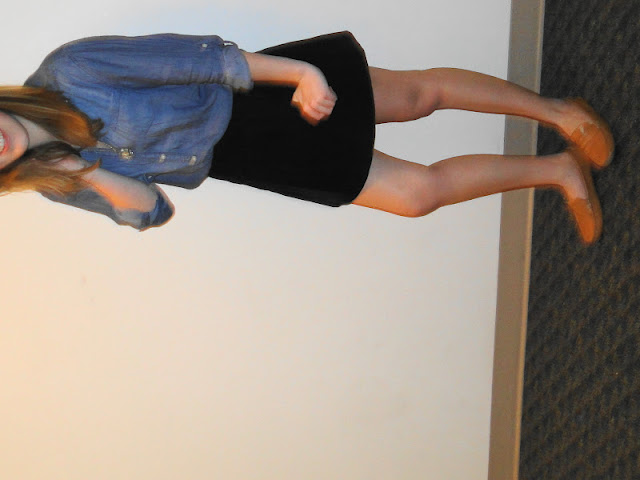 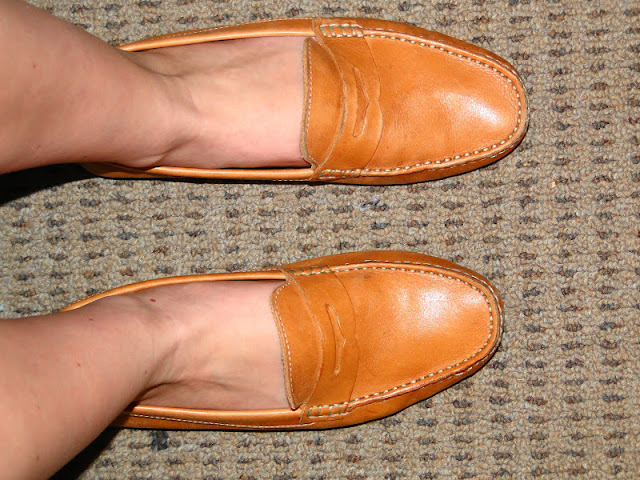 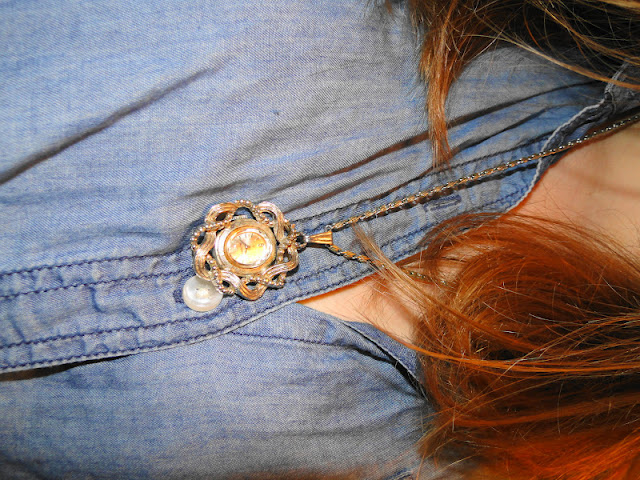 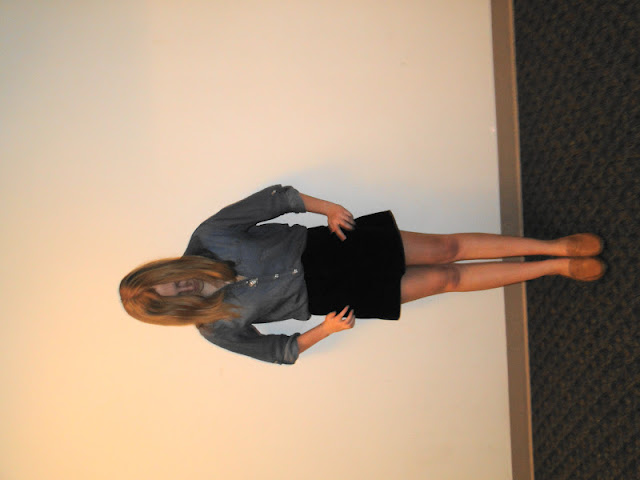 Old Navy button down; Vintage necklace; J. Crew skirt; Mercanti Fiorentini loafers (I think that's their brand? I'm reading their label from my bed and don't feel like getting off to take a closer look - the height of laziness here).
And by "it," I mean spring! It has been absolutely gorgeous here in DC for the past week or so. Unfortunately, that makes it harder for me to do outfit posts, as for some reason I feel inherently less creative when it comes to the summer months but hey - who can complain when you get to spend lazy afternoons napping on the lawn? This past weekend was full of that (mostly to combat my dorm's second early-morning fire drill in the past month or so, but that's not the point...) and I have to say, it's making it difficult to focus on work! Hopefully after a bit longer we'll all get used to the sunshine and warmth and maybe even return to the library on weekend afternoons - though that sounds doubtful to me right now...
It's crazy how fast this semester has gone! We only have about 5 academic weeks or so left, and then I will officially be halfway through my college experience! I honestly can't believe it... unfortunately, the approaching end of the year means more and more work - which I have to return to now. So good night all, hope you had a great start to your week! 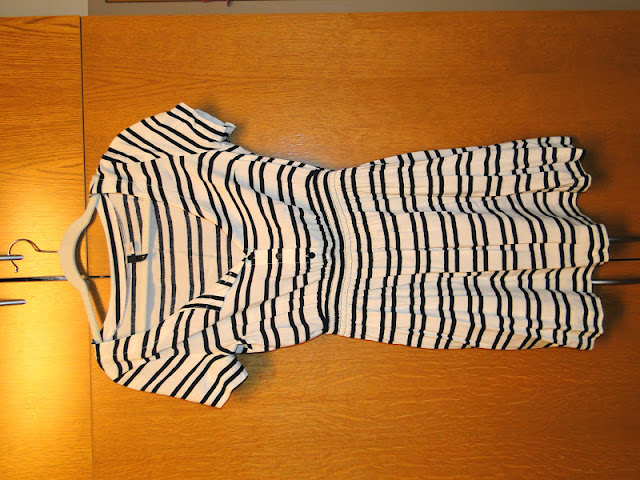 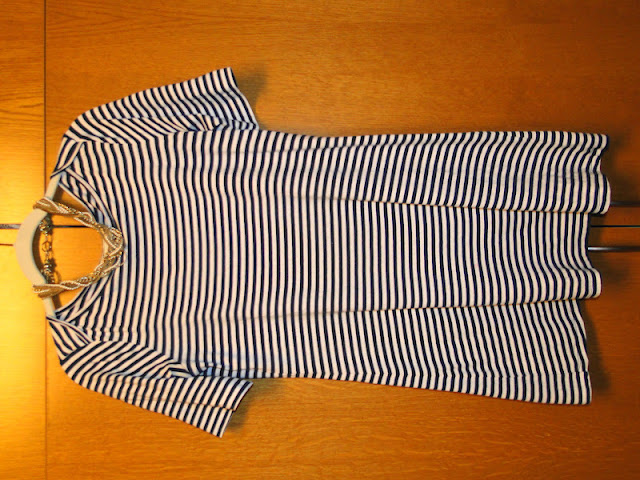 H&M dress; Old Navy dress; Forever 21 necklace
Me wearing a striped dress - real surprising right? Well, there's a funny story to go along with them today: so I was wearing the first one for a few hours this morning, when I went to the dining hall for breakfast and then stayed there through lunch to study. At one point, I got up to go to the bathroom. I looked at myself in the mirror and oh god - yes, yes you can see my pink and black polka-dot underwear. I frantically called Nicole and told her to come to Leo's with new underwear and/or another dress, preferably at that exact minute. Then I scurried back to a table to wait for her, getting absolutely no studying done until she came, despite my Russian midterm tomorrow (one of the reasons why this is a short post devoid of actual me-photos). Fun, right? Yet another one of the many, many times that I wonder why I don't have my own TV show.
On that note, I really should do that studying now! Good night all :)

all photos from www.alexanderterekhov.com
So, this isn't technically official yet or anything, but I'm going to tell you all a secret - I will most likely  be spending my summer in Moscow! In preparation for my time in Russia/avoiding my homework, what did I do this afternoon but look up Russian fashion and shopping!
While poking around, I found a couple things - one, unfortunately, Russian vintage stores seem to be sorely lacking (or if they aren't, they are seriously underadvertised/hard to locate using the web). Secondly, however, while reading an article on young Russian designers I discovered Alexander Terekhov! The photos above are from his Spring/Summer collection, which is filled with beautiful patterns and breezy silhouettes. And may I suggest you go to his website and look up his Pre-Fall collection? It has everything I could ever want - a.k.a muted colors, simple silhouettes (but with unique little details), pops of lace, and gorgeous coats. So maybe I'll find some interesting clothing in Russia yet? We'll see!
Since coming back to school life has been absolutely insane, a.k.a absolutely no time for outfit posts. But the good news is it's absolutely gorgeous outside! As in, today it was 75 degrees, and tomorrow I'm going to try my best to take outfit pictures - in shorts. But now, I'm off to bed, so night all!

Alison
A fashion lover and undergraduate student at Georgetown University

Find me on Polyvore 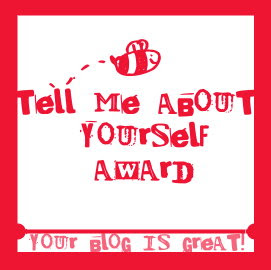